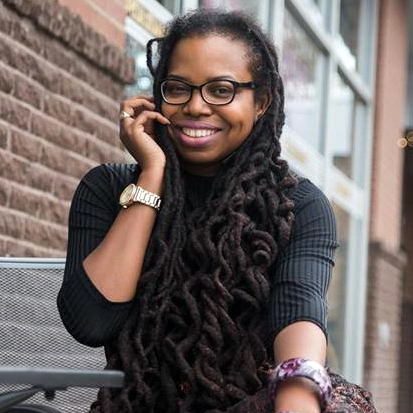 Before operating JSW Media full time, Jameka’s past corporate experience included serving as the Co-Founder and former Executive Creative Director for the award-winning SOTAC (State of the Arts & Culture) Magazine. She was also part of the brand strategy and advertising department at Bank of America, and working in digital media and events at ESPN.

In addition to owning JSW Media and serving as CEO, Jameka played an integral role as a founding member and the former Chief Operating Officer for Amped 4-A-Cure, Inc. The non-profit organization supported cancer research through music. However, one of her most critical philanthropic projects has been her tenure as the former National Communications Director for The Red Pump Project™. This national nonprofit educated women and girls of color about HIV from 2009 until 2018.

In early 2020, Jameka was hired to lead the communications and marketing efforts for burgeoning independent label One Crown Music Group. As One Crown’s Executive Vice President, Jameka plays an essential part in creating and establishing One Crown’s brand identity, managing the A&R team, discovering fresh new talent, and assisting with day-to-day operations.

When not juggling entrepreneurship demands, Jameka wears the hat of a seasoned spokesperson for various commercial, editorial, event hosting, and on-camera assignments. In addition, she is a lifestyle blogger and freelance journalist who is also currently exploring the world of podcasting as both a producer and on-air talent.

As a lifelong vegan, Jameka is a foodie who chronicles her exploits via social media under the auspices of her brand, “The Stylish Vegan.” She also owns Lavondé, a home decor brand specializing in all-natural artisan soy candles and room sprays. Named in honor of her late mother, who died of cancer in 2016, the brand also donates a percentage of annual profits to feed families in need.

Jameka holds a bachelor’s in Communication Studies with a concentration in Broadcast Journalism from Northwestern University and a master’s in Organizational Management from the University of Phoenix.

Believe it or not, Jameka is afforded spare time occasionally. And she uses every second wisely by catching up on a good book, writing, or investing her time back into the community. She is committed to philanthropic causes and esteems the idea of making a significant difference in the lives of others.

Jameka has been working and thriving in the communications and entertainment industry for more than 20 years.